Your Boat Brokers at Newman Marine

Newman Marine will guide you through every aspect of looking for, inspecting, and purchasing the right boat for you.  We will also list and sell your boat as your boating needs change.

Whether you're downsizing, upgrading, or changing from sail to power or power to sail, let us help you sell your vessel or find the boat that exceeds your expectations.

You can learn a little about us right here. We look forward to meeting you in person, so make an appointment or stop by anytime.﻿ 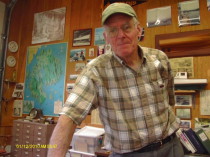 Founder and owner for 35 years

Bio:   Jarvis grew up in Southwest Harbor, following a long line of boatbuilding and fishing ancestors. In the mid-1960s while working at the Henry Hinckley Company, he made a mold from a locally built rowboat, and then from the Friendship Sloop, Old Baldy, building one of the first fiberglass Friendships.   Then he saw a potential market for work boats in glass, and inspired by the designs of boatbuilders, Bunker & Ellis, in 1971 he began building 36' hulls, designed by Raymond Bunker, his father-in-law. A few years later, Ralph Stanley, another local builder, designed a 32' model, which Jarvis also built in solid glass. The family Friendship Sloop, 31' Dictator, a 1904 Robert McLain built sloop, was the plug for a 2nd Friendship Sloop mold.   Later, Royal Lowell and Eliot Spalding designed 46' and 38' powerboat models to round out the fleet of Newman hulls. After selling the boat-building business in 1979, he opened a brokerage business and has sold both used and new boats since. Passing in 2019, he enjoyed a life of sailing his Friendship Sloops, Bullseyes and various powerboats with friends and many family members. 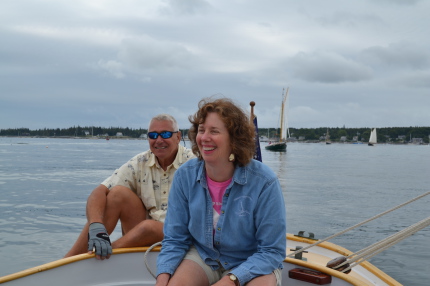 Bio: Kathe and younger sister, Kim, grew up in the village of Manset  in and out of their father's and grandfather's boat shops and on the water in various vessels. Sailing lessons and racing at camps and on the family boats were a large part of summers with family and friends. From the late '60s through early '80s, the family summer vacation was going to the Friendship Sloop Races on the family sloop.  Kathe and her husband, Dan, live on Mount Desert Island and have five grown children and grandchildren.  They both are USCG Master Captains and enjoy working and recreating on the water.